How to Add Salt to Pool Without Saltwater System (Guide) 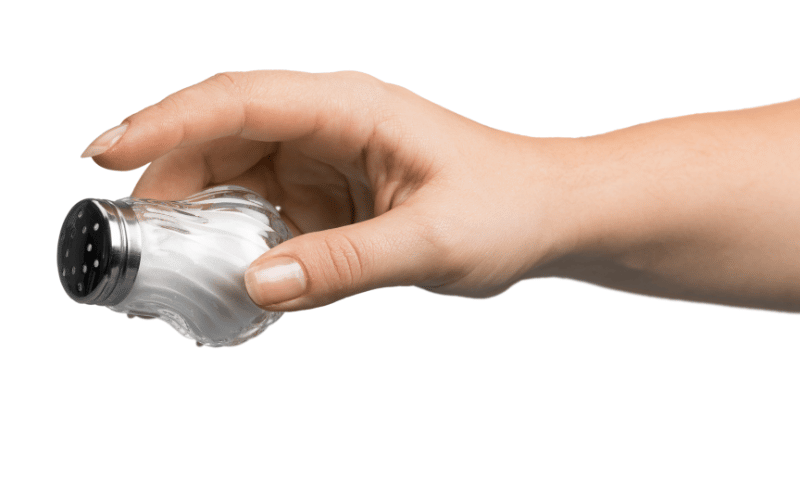 The jump into the crystal clear water of your own pool should not be clouded by discoloration of the pool water or other worrying thoughts. To ensure that a pool meets the high hygiene standards in force, many pool owners use the chemical chlorine and its disinfecting effect.

However, chlorine in its pure form also has some disadvantages that have the negative potential to significantly affect the fun of swimming or even make it completely impossible for people whose bodies are very sensitive to the chemical agent.

To make the summer months refreshing for everyone who loves swimming, salt is an effective alternative disinfectant. However, not every pool is equipped with a salt system and therefore many want to add salt to the pool without a system. Although the addition is usually done on the basis of a system for electrolysis, in fact, it is not mandatory if you take the following steps.

Advantages of salt in the pool

Although there will be a presence of chlorine in the water of your pool even when using salt, due to the fact that the latter is produced during the particular process of pool maintenance, the presence of the chemical is also present in this alternative method. However, it should be noted here that that measure of water disinfection is different, and perceived as positive by most water rates.

Even though, seawater has a salinity of about 35,000 parts per million (ppm), and saltwater pools only have a salinity level between 2,000 ppm and 3,000 ppm, the water is much gentler on the human body than the water from a chlorine pool.

This is mainly expressed by no irritated mucous membranes, reddened eyes, for example, are more common when using chlorine, as well as a general skin-friendliness, which makes the water of your pool seem softer.

Hint: The threshold for a human to be able to taste salt is 10 milliMolars, which equates to 3,550 ppm. Therefore, you won’t be able to taste the salinity in the saltwater, if you keep the water under balanced circumcises.

Furthermore, it is possible that other values, including the pH value, are intrinsically more stable and therefore less subject to fluctuations. Finally, it should be noted that the refilling of salt, if it is necessary at all, since most of the agent remains in the pool water and is lost only through evaporation and leaked liquid, does not require large quantities of the substance.

The right salt for the pool

In order to experience the desired effect without unfavorable surprises, one should inform oneself comprehensively about the composition of the salt and its individual properties before purchasing or adding it to the water.

Make sure that the salt in question does not contain any additives, such as iodine, and refrain from using rock salt, which rarely has the purity required for an efficient disinfecting effect.

Apart from those characteristics to be avoided, there are numerous forms or states that a suitable salt for your pool can take, including, for example, conventional granules as well as a water treatment salt or special mixtures tailored for use in a saltwater pool. When in doubt, you can easily gauge which types of salt are a good option based on testimonials from other pool owners.

Adding salt to the pool without a system (instructions)

Once you have selected your favorite, suitable salt, that can also be added to the water of your pool, following some necessary steps. In order for the salt to be optimally distributed throughout the pool water, it is recommended to work with as much movement as possible during the process of dumping it in.

This is best done when the counter-current system is in operation or, if it is not present, when the water in your pool is kept in motion by a helper using various measures tailored to your individual situation.

In terms of the appropriate dosage, it is highly advisable to follow the specific information provided by the respective manufacturers precisely when calculating it. In addition, for the further following regular disinfection of the pool water, it is worth knowing that although you should check the content of the salt at certain intervals, for example, with an adequate test strip, the repeated administration of the substance is significantly lower compared to chlorine.

After adding salt to the pool, even without an electrolysis system, a closed circuit is formed in which the disinfectant remains in the pool, apart from occasional losses due to evaporation and water splashing out.

Salt in the pool without electrolysis: are chemicals still necessary?

In any case, it is necessary to subject the pH to regular control, so from time to time there may be a need to use pH-Plus or pH-Minus. Considering the fact that salt can cause increased corrosion in certain components of your pool, in most cases it is worth checking even before using the salt in combination with the possible replacement of the relevant items, depending on individual circumstances, for example, the installation of a magnesium sacrificial anode is quite reasonable.

Due to the fact that saltwater pools may also experience an increased formation of algae, sometimes the use of an algaecide or in special cases even shock chlorination is potentially necessary to eliminate the infestation.

In addition, depending on the individual characteristics of the water in your pool and the model of filtration system installed, the use of a flocculant is effective from time to time to facilitate its cleaning work, because it binds even the smallest particles of dirt, making them filterable.

This flocculant will make your pool maintenance much easier:

A pool filled with salt water features a number of advantages over using chlorine added in its pure form. On the one hand, salt offers a gentle alternative for people whose bodies, especially the eyes and skin, react with redness or itching to the popular chemical for disinfection.

However, even less sensitive large as well as small bathing enthusiasts feel the beneficial effect of the salt, as they perceive the water of the pool as much softer and thus more pleasant.

When choosing the appropriate salt, it is necessary to pay attention to several factors, which include, among others, the absolute absence of iodine and high purity of the respective product.

After being added to the pool water while it is in motion, for example, with the help of a counter-current system, the salt content decreases only minimally through the process of evaporation or during the use of the pool, as water escapes, resulting in a very small amount of refill.

Despite the fact that salt is considered an increasingly popular alternative to the proven chemical chlorine, the use of other chemical agents may be necessary to influence the pH, support the filtration system and prevent or control algae infestation.