How to Raise Chlorine Pool in 4 simple Steps (Guide) 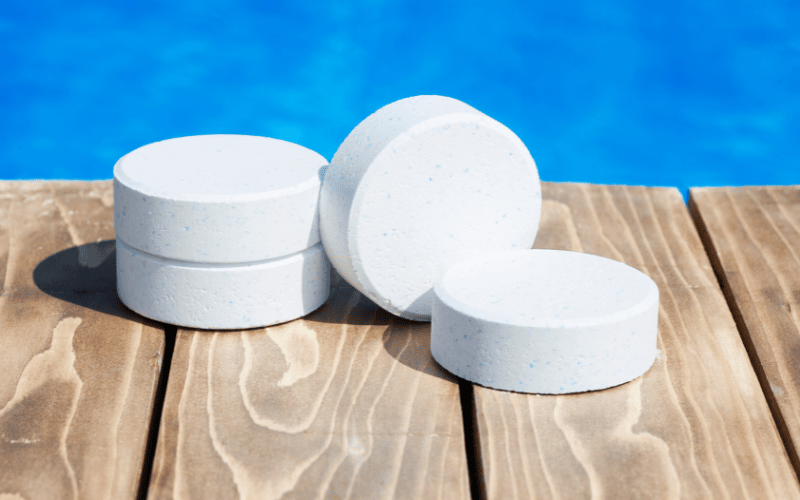 A pool in your own garden promises above all refreshment, relaxation and fun during the summer months.

However, in order to be optimally secured with regard to hygienic aspects, it is advisable, in addition to physical pool care, to also acquire the basic knowledge with regard to chemical agents for influencing the water properties.

In many cases, the chemical chlorine serves pool owners as a disinfecting medium, since it has already proven itself for numerous years, unlike the commercially available alternatives. It acts as a means extremely reliable against any kind of foreign bodies, such as bacteria, viruses, but also algae, and at the same time can be purchased very cheaply in comparison.

However, in order to achieve this effect, or to prevent other events, including unpleasant odors, when there is too little chlorine in the pool, you must be able to recognize the signs of an adequate chlorine level and influence them.

Why is too little chlorine in the pool bad?

Due to the fact that the popular chemical is used to maintain a pool, to create a hygienic, and thus in most cases at the same time visually, flawless environment for an unhesitatingly positive bathing experience, too little chlorine affects on multiple levels.

An unpleasant odor, reminiscent of the “typical” chlorine smell, can be traced back to so-called chloramines, which is an indication of too little chlorine in the pool. This condition can lead to irritation of the mucous membranes.

Moreover, a minimal or non-existent amount of chlorine in your pool water is hardly, if at all, sufficient for a protective effect against viruses, bacteria and other organic foreign bodies.

Therefore, you expose yourself and every bather to numerous, potentially serious, health risks. In addition, not only can damage to the pool materials occur, but discoloration of the water due to algae infestation is also conceivable.

Detecting too little chlorine in the pool

Since those cases have already reached an advanced, critical stage due to the chlorine deficiency, it is recommended to measure the chlorine level at regular intervals with a test strip or a digital pool water tester or a similar tool, as well as to adjust it if necessary. 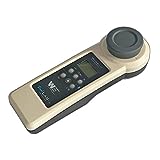 The right amount of chlorine in the pool

In principle, the chemical is distinguished between free and combined chlorine, each of which may be present in different concentrations. Combined chlorine, so-called chloramines, has already fulfilled its disinfecting effect, which is why it should only be present up to a value of 0.5 milligrams per liter or less.

In order to act on the amount of chlorine in your pool at an early stage, it is also advisable, in addition to testing at certain intervals, to take into account the function of the filter system, the individual usage behavior of the bathers as well as the frequency and furthermore the solar radiation.

Increase the chlorine level in the pool in 4 steps

The following sections explain how to proceed in detail when remedying the problem.

Step 1: Measure the chlorine level in the pool

Before increasing the amount of chlorine in your pool, you should get an overview of the current chemical composition of your pool’s water.

To determine the chlorine level, you can use, for example, a simple test strip or the so-called shake test, which uses a tablet. The most expensive, but also the most accurate measurement method takes place with a multifunctional electric meter.

Step 2: Decide between granules and tablets

Once the chlorine levels have been determined, you need to decide on the particular medium to administer the chlorine because it can be added to a pool’s water in the form of granules as well as tablets. Although the chlorine tablets come in different sizes, detailed dosing is usually easier with granules, however, this problem can be avoided if a certain rhythm is established with the former.

The two variants differ not only in the way they are added to the pool water, but also in the fact that they release chlorine over different periods of time, among other things, tablets have a more long-term effect here.

The chlorine dosage is always dependent on the individual circumstances on site, so that in principle one should always consult the respective manufacturer’s instructions in this regard in order to avoid serious errors.

As a rule of thumb, one tablet with a diameter of seven centimeters should be used for approximately 20 cubic meters of pool water. Furthermore, it is advisable to round up rather than down when making such calculations, in case the calculated figures do not fit completely, which will rarely be the case.

Step 4: Add chlorine to the water

There are some differences in using granules or tablets when adding chlorine to the pool water. Granules can either be added directly to the pool water or dissolved in a special bucket beforehand. In any case, it is recommended to consult the dosage instructions here.

With regard to chlorine tablets, there are several options available, whereby a so-called dosing float, provided that one does not use a tarpaulin for the pool, for example, usually contributes to an even addition of the chemical.

An even better alternative is to add the tablets to the pool skimmer, but it is important to protect the components of the filtration system or the materials of the pool from the concentrated influence of the chlorine.

The most efficient and at the same time less labor-intensive, is the use of a chlorine dosing sluice, which, however, must necessarily be integrated into the filter system.

FAQ: Frequently asked questions about a low chlorine level in the pool answered

Does shock chlorination help with too little chlorine in the pool?

A so-called shock or shock chlorination should only be carried out in the case of very heavy contamination, for example by algae, usually in connection with significant discoloration of the pool water, because in this measure chlorine is deliberately dosed high to eliminate bacteria as well as other germs.
Shock chlorination is also sometimes the only solution for the presence of too much combined chlorine, which often manifests itself in an unpleasant odor and is caused by an insufficient chlorine content.
In a first step, however, one should determine the chlorine level and try to increase the level by the above measures, possibly in conjunction with the refilling of fresh tap water, it is urgent to refrain from well water, as this can also cause negative effects.

Granules or tablets: Which is better for too little chlorine in the pool?

With the help of a chlorine granulate, you supply your pool with an increased amount of chlorine at once compared to a tablet. This is especially positive when chlorine levels are low, but you should be careful not to overdose the granules in this case.
Due to the fact that chlorine tablets release the chlorine over a longer period of time, it is easier to react to even minimal fluctuations and correct them. Ultimately, the decision to use tablets or granules also depends on factors such as the degree of contamination of the pool.

Are there alternatives to chlorine in the pool?

There are a variety of possible remedies that either make the use of chlorine completely unnecessary, or at least result in a significant reduction in the amount of chlorine applied. However, it should be remembered that even these alternatives each have advantages and disadvantages, as well as specific application requirements that must always be weighed in light of your individual situation.
The best known means of pool maintenance in this area, besides bromine, active oxygen, PHBM, also known as Baquacil, are the use of ozone generators and the process of salt water electrolysis.

The consequences of too little chlorine in the pool are not only visually a negative impact on the overall appearance of any garden, but can also involve health risks in addition to damage to the materials of the pool.

To avoid such a development from the outset, it makes sense to check the chlorine level at regular intervals with the help of a test, as well as to adjust it if necessary. If there is already a very high level of contamination, for example due to an infestation of algae, or if the unpleasant smell of combined chlorine has set in, shock chlorination is often the last measure, although all other steps to increase the level should be taken in advance.