How to Use Active Oxygen for Pools? (+ correct dosage) 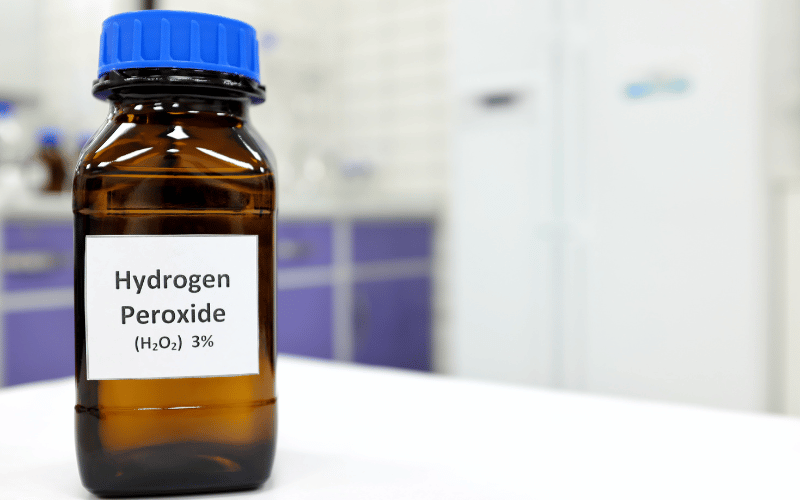 To ensure safe bathing fun for large, it requires regular disinfection of the water of a pool.

Normally, chlorine, which has been used for years, is used for this purpose, but the chemical has some disadvantages, especially, but not exclusively, for people who are sensitive to it.

An increasingly common alternative is active oxygen, which achieves a comparable disinfecting effect in a pool as chlorine, but at the same time has none of the negative properties of the substance.

Contrary to the first association that many people have with the term active oxygen, it is by no means a measure of pool maintenance without chemical means.

The cleaning and disinfecting effect, which goes hand in hand with the elimination of bacteria and algae, is achieved by means of chemicals such as hydrogen peroxide or potassium monopersulfate. These split off an oxygen radical from peroxides, also known as active oxygen, which results in disinfection of the water in your pool.

The hygienic cleaning by oxidation is in principle six times more effective than the use of chlorine, and is also very efficient against bacteria, such as E. coli.

Since active oxygen is completely odorless and, unlike chlorine, particularly gentle on the human body, especially its mucous membranes, it is becoming increasingly popular because it also minimizes the operating costs of a swimming pool while maintaining consistently clear pool water.

Active oxygen is gaining popularity among many pool owners: 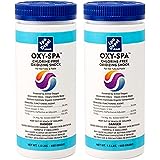 Spa Depot Oxy-Spa Chlorine-Free
If you click this link and make a purchase, we earn a commission at no additional cost to you.

Furthermore, no formation of resistance is known, which is why active oxygen is also quite worthwhile as a disinfectant.

Active oxygen pool application: This is how it works

In the following sections, you will find the necessary instructions for measuring, dosing and administering active oxygen if you want to convince yourself of the benefits of the agent.

Due to the fact that active oxygen, like chlorine, is also a chemical, it is essential that you follow the safety instructions of the respective manufacturer when using it. This may include the use of safety goggles during use as well as the use of chemical protective gloves.

You should not joke with your health, these gloves protect effectively: 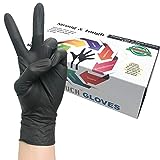 Heavy Duty Nitrile Gloves,
If you click this link and make a purchase, we earn a commission at no additional cost to you.

As a first step, you should always measure the respective content of active oxygen in your pool water in order to be able to dose it accordingly. Since active oxygen sometimes reacts very quickly to changes in the environment, it is advisable to perform these measurements, depending on the individual use, but at least once a week.

In order to be able to determine the amount of active oxygen contained in the water of your pool, on the one hand a measurement with test strips or tablet testers, but on the other hand also the use of a modern photometer system is conceivable.

The alternative chemical to chlorine is not only available in various forms, such as liquid, granules or tablets, but can also be added with the help of various aids, including dosing systems, if you do not want to or cannot carry out the dosing yourself.

In most cases, 3.0 to 5.0 milligrams per liter are already sufficient for disinfection, although you should always consult the individual specifications of the respective manufacturer and give them preference. Furthermore, it is essential that before adding active oxygen, the pH value is adjusted to an optimal level, a value between 7.0 and 7.2 is often recommended.

Adding active oxygen to the pool

Due to the fact that active oxygen reacts comparatively sensitively to increased water temperatures – 25 degrees is usually considered the upper limit – care must be taken when adding the chemical. In addition, active oxygen only has a depot effect of a maximum of 48 hours, which is why you should attach importance to a sufficiently high dosage.

In the event that a combined preparation is purchased, which at the same time contains other chemical substances for the prevention of algae growth, this fact must also be taken into account when adding it to the water of the pool, in addition to the respective characteristics of the different forms of active oxygen.

In addition, in some cases, with a corresponding usage behavior, a regular shock chlorination as well as the use of algae protection agent in addition to the administration of active oxygen may be useful to be able to safely maintain hygienic standards.

Don’t give algae a chance in the pool. An effective algaecide helps:

Clorox Pool&Spa Green Algae
If you click this link and make a purchase, we earn a commission at no additional cost to you.

Advantages and disadvantages of active oxygen in the pool

When using active oxygen, many pool owners establish a certain routine relatively quickly, which, depending on the chosen form of the chemical as well as its specific characteristics, sometimes differs a little from the use of chlorine as a disinfecting agent.

However, despite all its positive features, active oxygen is also characterized by a few peculiarities that, depending on your individual situation, could well be considered disadvantageous. Both aspects are explained accordingly in the following sections.

In principle, all the unpleasant properties of chlorine are completely eliminated when using active oxygen. There is neither the unpleasant odor that is characteristic of the formation of so-called chloramines, nor irritation of the skin or mucous membranes, as can occur, for example, with an incorrectly dosed chlorine content. Furthermore, the sometimes high operating costs for the use of a swimming pool can often be reduced by the use of this alternative chemical.

Active oxygen also has the advantage that, in addition to being six times more effective than chlorine, it does not leave any undesirable by-products such as ammonia or uric acid in the water of your pool and, despite its gentle effect on the human body, it also reliably combats the formation of algae. In most cases, no resistance is formed.

Spa Depot Oxy-Spa Chlorine-Free
If you click this link and make a purchase, we earn a commission at no additional cost to you.

Especially in the hot summer months, the very warm temperatures outside the water can heat it up, which requires increased mindfulness with active oxygen, as it is extremely sensitive to water temperatures beyond the 25 degree mark.

Although the chemical is effective at comparatively low dosages, it should be checked at regular intervals using a test strip or other adequate measuring device due to the rather short depot effect of two days.

Most manufacturers also recommend the combination of active oxygen with an algae protection agent as well as shock chlorination at certain intervals, because only through these measures can comprehensive protection against bacteria as well as other organic foreign bodies be reliably established.

Active oxygen or chlorine: Which is better?

Whether to choose the disinfecting effect of chlorine or active oxygen should always depend on the situation on site, which must include the specific characteristics of the pool in question as well as the individual preferences of the owner.

Both active oxygen and chlorine have numerous advantages and disadvantages respectively, with the former being an appealing alternative if chlorine cannot be used due to an allergy or other intolerance. Both chemical pool care products, when used according to the manufacturer’s instructions, guarantee hygienically safe swimming pleasure for pool fans big and small.

Most users of active oxygen are, according to the situations described, very satisfied with the effect of the disinfecting agent, although according to some testimonials it should be used in combination with shock chlorination to obtain appropriately pure water. Furthermore, differences are visible in the price assessment, for some it is a very inexpensive, for others a rather expensive alternative to chlorine.

In many reviews of other users, one reads that a regular check of the chemical properties of the pool water is important in order to obtain an optimal result. In most cases, the use is simple, the water is free of algae, there is no irritation of the skin and there is no unpleasant odor. However, some pool owners still occasionally experience cloudiness in the pool water, but this can be remedied by adding chlorine.

Due to the fact that active oxygen, contrary to what the name suggests at first glance, is not exclusively pure oxygen, but a chemical agent for the water care of your pool, it can be quite harmful to health in certain doses.
Just as much care is required when handling hydrogen peroxide or potassium monopersulfate as when using chlorine as a disinfectant. However, if you follow the manufacturer’s instructions when measuring, dosing and adding the chemical to the pool water, the chemical is harmless.

Where can I buy active oxygen for the pool?

In addition to the possibility of buying active oxygen locally in individual stores that specialize in pool needs, the chemical for alternative pool care can also be found at larger retailers on the Internet, first and foremost would be Amazon to mention here.
On the one hand, the platform has the advantage that in most cases you already have a customer account set up, so that possible formalities no longer stand in the way of a quick order. Furthermore, thanks to Amazon, delivery is made directly to your doorstep, which may save you unnecessary trips to the specialty store, where the active oxygen will not always be in stock.
In addition, online mail order gives you the chance to efficiently compare a variety of offers in a quiet minute, where in most cases there are already numerous opinions of other customers.

Active oxygen is increasingly replacing the chemical chlorine as the disinfecting agent of pool care in many pools, as it has numerous advantages such as a gentler effect on the body, especially for people who are sensitive to the conventional disinfectant.

However, depending on the situation in relation to your individual pool, in some cases, for example, when the outside temperature is very hot, it may be advisable to add anti-algae agent to the water of your pool or shock chlorination to support the effect of the active oxygen. Since it has already established itself as an alternative to chlorine, the switch may well be worthwhile if the advantages outweigh the disadvantages.